I just want to say thank you to everybody who has listened, liked, enjoyed, steamed and bought music from my new album! For me, the response has been very warming and I thank you everybody from the deep inner of my heart.
Even though it would have been very nice to see the album at the top of the charts, I am gratefull to all who cares about my music and have listened.
“Man and Machine” has not been made in order to reach the top of the charts, but the music has been made to spread joy and happiness to the right people, ind a world who suffers enough and in a world, where life can be a bitch.

The release have already iniatiated other projects, and I am now currently working with new songs for a new project, with a DJ and a talented singer (you already know!). That’s very nice and makes me exited.

The album release will be followed by more videos, which already have been recorded and now are in the phase of editing. Also a new single is soon to come!
So again, thank you. 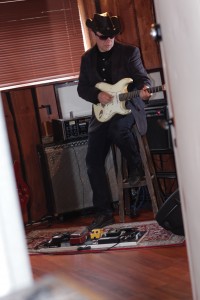 From the recordings, here using a 1969 Fender Stratocaster for some twangy sounds